It is with deep sadness that 1MCB Chambers announces the death of associate member, Jocelyn Gibbs.

Jocelyn Gibbs had an illustrious career at the Bar, having represented defendants in a number of high profile cases and made significant contributions to the development of the Bar and the legal sector overall.  She was a member of Chambers from 2000 to 2015 when she retired from practice and remained an associate member of Chambers. We, the members of 1MCB Chambers, are saddened by the sudden loss of our dearly beloved former colleague and friend and wish to pay tribute to her.

Jocelyn was a greatly respected and admired member of Chambers. She was a highly intelligent, selfless and kind person with a reservoir of knowledge both of law and life, which she happily shared. Her soft-spoken and quiet demeanour often concealed her tremendous accomplishments in her field of practice and endeavours.

Jocelyn was called to the Bar in 1972. She had a family at this time and deferred pupillage until 1976, joining 9 Stone Buildings, Lincolns Inn. She later became Joint Head of Chambers. Jocelyn joined two other sets of Chambers, 1 Grays Inn Square from 1990 to 1997 and 8 King Bench Walk, Temple, which later became 1MCB Chambers. In both these sets she was elevated to Joint Head of Chambers. Jocelyn was generous and a person of considerable talent, always ready and willing to give of her time and energy to promote and assist others.

Jocelyn was a pioneering black female barrister defined by her achievements and successes at a time when few women practised at the Bar and even fewer were black. She overcame challenges for herself and others with dignity and professionalism.  Throughout Jocelyn’s life, she always fought hard for racial equality and justice. Her early practice in the magistrates courts was spent fighting what came to be known as “SUS” cases, representing black youths, arrested by the police for so called “loitering with intent to steal” – allegations which were often proven to be totally fabricated. She spent her Saturdays giving free legal advice at the Black People Information Centre on Portobello Road.

Jocelyn’s expertise led to her chairing numerous conferences on race and the criminal justice system in London and Birmingham organised by the Bar Council, the Commission for Racial Equality, and the Society of Black Lawyers.  Jocelyn sat on the management committee of the Citizens Advice Bureau based in the Royal Courts of Justice. She was an advisory member, and former director and trustee, of the Caldecott Foundation, and sat on the Legal Aid Agency’s Funding Review Committee.

Amongst her many achievements she was appointed an Assistant Recorder on the Midlands and Oxford circuit from 1989-96.  She was very much involved with the Bar Council over many years, sitting on the General Management Committee, the Professional Conduct Committee, and serving as vice-chair of the Race Relations Committee. Her positive intervention was significant for the many disproportionally affected out of the profession by their names on Bar exams.  She ensured that processes were anonymised so that they were fair and meritorious. This paved the way for many who now practice and who could have been similarly unjustly excluded.

Jocelyn was a brilliant barrister and unique talent. She was greatly loved and appreciated by all who knew her. Most of all and closest to her heart, she was the mother of three very successful children, two of whom are lawyers and the third a doctor. Her retirement was a great loss to Chambers and the Bar; her death is a loss to the world and we will miss her. 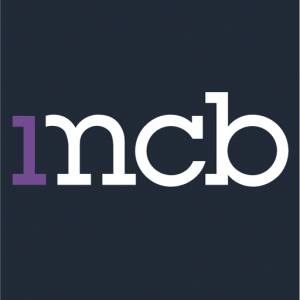