In United Organisation for Batwa Development in Uganda (UOBDU) and 11 Others v Attorney General and 2 Others (Constitutional Petition 3 of 2011) [2021] UGCC 22, the Constitutional Court of Uganda recently upheld the right of the Batwa people to affirmative action to address the wrongs inflicted on them when they were forcibly evicted from their ancestral lands.  At a time when there is increasing global concern about the loss of biodiversity, the Court’s judgment serves as a reminder of the importance of preserving and promoting the rights of indigenous peoples when devising conservation strategies.

The Batwa number approximately 6,000 and live predominantly in south western Uganda – a prime destination for primate tourism.  Much of the land which now comprises the Bwindi Impenetrable National Park, the Mgahinga Gorilla National Park, and the Echuya Central Forest Reserve was customarily owned by them for generations prior to the colonisation of Uganda. However, from the 1930s through to the 1990s, they were involuntarily displaced from their lands, without consultation or compensation.  As a result, not only have the Batwa been denied access to important spiritual sites which now fall within the national parks, but many find themselves living in extreme poverty, dependent on NGOs for basic necessities, with very limited access to education and healthcare, and facing a markedly higher infant mortality rate than the non-Batwa population.

The petitioners submitted that the government’s failure to recognise the Batwa as an “indigenous people” within the meaning of international law contravened Articles 19 to 24 of the African Charter on Human and Peoples’ Rights (the rights of all peoples to equality and rights; to self-determination; to free disposal of wealth and natural resources; to economic, social and cultural development; to national and international security and peace, and to a general satisfactory environment), as well as Article 36 of the Constitution, which confirms the right of minorities to participate in decision making processes.  The Court rejected these submissions on the basis that these issues fell outside the Constitutional Court’s jurisdiction, which is confined to questions of constitutional interpretation.  Instead, the Court preferred to approach the case by reference to Article 32(1) of the Constitution, which creates a positive duty to take affirmative action in favour of groups “marginalised on the basis of gender, age, disability or any other reason created by history, tradition or custom”.  Having considered evidence from a number of members of the Batwa community, as well as expert evidence, the Court found that the government’s actions “had rendered [the Batwa people] landless, and has severely affected not only their livelihoods, but has destroyed their identity, dignity and self-worth as a people and as equal citizens with other Ugandans”.  As such, the Court was satisfied that the Batwa are indeed a marginalised group and that the state was under a duty to take “all necessary steps in the interests of affirmative action in their favour”.

Finding unanimously in favour of the Batwa, the five judge bench directed that the case be transferred to the High Court to determine what measures should be implemented by way of a remedy.

As a visiting lawyer at Onyango & Co Advocates, Kampala, Gwawr Thomas was part of the team which drafted the submissions advanced on behalf of the petitioners.

The judgment can be read here. 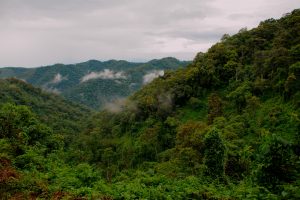