Ariane Adam has returned to chambers having worked at the legal action charity Reprieve between September 2016 and June 2017. Ariane led Reprieve’s work in Malawi assisting prisoners benefiting from the decision in Kafantayeni & Others v The Attorney General of Malawi (Constitutional Case No. 12 of 2005), by which the mandatory death sentence was ruled unconstitutional. She worked with the Malawi Human Rights Commission, the Legal Aid Bureau and other local partners to secure new sentences for 51 prisoners; 24 of these individuals received custodial sentences that led to their immediate release.

Ariane further identified and advised Reprieve on opportunities to support regional efforts to abolish the death penalty in Malawi and Uganda. She represented the organisation in high level advocacy meetings with governments, intergovernmental bodies and other actors. She also facilitated the provision of training to regional actors and NGOs on minimum standards on the application of the death penalty, mental health as mitigation, and engagement with human rights instruments.

Ariane will continue to assist Reprieve in developing training materials for advocates and human rights defenders in South and East African countries, whilst continuing to accept instructions in the areas of immigration and asylum, housing, community care, employment and discrimination, and international human rights. 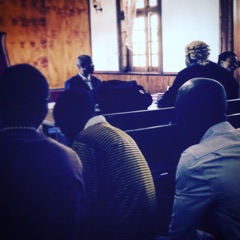