In Gosturani v Secretary of State for the Home Department [2022] EWCA Civ 779 the Court of Appeal held that a conviction outside the UK for a serious offence could give rise to a public interest in deportation.

The appellant, an Albanian national,  had arrived in the UK in 1997 and had  obtained Indefinite Leave to Remain by using a false name and claiming to be  a Kosovan national.  In 2006 he was convicted in Italy for offences of living off the earnings of female prostitution and attempted blackmail, resulting in a six and a half year prison sentence. He was married and his wife and five children were British citizens.

The appellant argued that the public interest in relation to deportation arising from foreign convictions was not the same as that arising from UK convictions, as the same statutory scheme did not apply.

Dismissing the appeal, the Court of Appeal held that even though the appellant was not a “foreign criminal” within the meaning of the Nationality, Immigration and Asylum Act 2002 Pt 5A, the fact that the offence had been committed abroad did not, of itself, indicate that a different, lesser, weight was to be given to the legitimate public interest  of preventing crime and disorder recognised in Article 8(2) ECHR. On the facts of the case, the Upper Tribunal had been entitled to find that the deception that the appellant had used to enter and remain in the UK and his serious criminal offence outweighed the impact of his deportation on his family and private life. 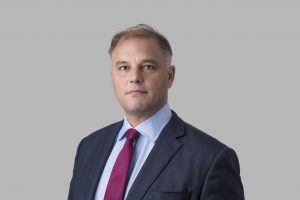