Gwawr Thomas returns to chambers following her secondment to Onyango & Co. Advocates in Kampala, Uganda.   Gwawr was attached to the firm’s public interest litigation department, which enjoys a formidable caseload of human rights and constitutional law matters and a particular reputation for its high profile work with Uganda’s LGBTI community.

Gwawr worked on a number of important constitutional petitions and public interest cases, including

Together with colleagues at the firm, Gwawr was also tasked with conducting an independent investigation into the break in at Human Rights Awareness and Promotion Forum (HRAPF)’s premises, during which a security guard was killed. HRAPF had challenged the legality of Uganda’s Anti Homosexuality Act 2014 before the East African Court of Justice. 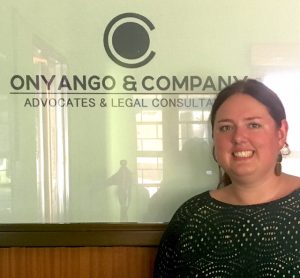