Gwawr Thomas recently secured the acquittal of a nurse accused of faking his own death in order to benefit from a substantial life insurance payment.

The defendant’s wife had pleaded guilty to fraud by false representation, having instigated the bogus insurance claim and submitted false documents in support of it. The fraud came to light when it had emerged that she had posted pictures on social media of a family outing to a theme park on the day of her husband’s supposed burial.

The Crown relied on three key pieces of evidence to demonstrate that the defendant had been complicit in the fraud: firstly, the fact that a photograph of his own death certificate was located in the camera roll of his phone; secondly the fact that his fingerprints were found on a hard copy of the same death certificate which had been concealed at his home address, and his alleged lies at interview. However, Gwawr argued that this evidence was equally consistent with the defendant having uncovered the fraud at a later date, and that there was no evidence from which the jury could infer that he had actually been party to any untrue representation to the insurance company: as such, there was no case to answer.

The judge agreed with Gwawr’s analysis of the evidence and directed that the jury return a not guilty verdict. 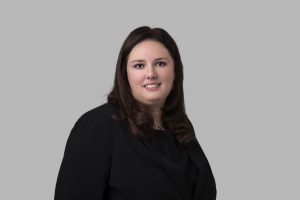