Nick Bano appeared for the successful appellant in a ‘priority need’ appeal against the London Borough of Lambeth.

The Appellant suffered from depression, which included suicidal thoughts and previous attempts at self-harm. The local authority had sought independent medical advice from NowMedical. As is not uncommon in homelessness cases NowMedical carried out a series of ‘desktop examinations’: they accepted that the Appellant suffered from depression for which she received standard treatment. They advised that: “there is nothing to suggest that she has required urgent psychiatric intervention and there is no evidence in this case of a severe or enduring underlying mental illness such that would significantly affect her condition or rational thought”.

HHJ Parfitt at the County Court at Central London quashed the decision. He noted that there was a sliding scale of depressive illnesses, and found that the ‘gist’ of the council’s decision was that the medical evidence did not establish that the Appellant was at the extreme end of that scale and that, accordingly, she is not vulnerable. He said (taken from counsel’s note):

“[The reports] go from a description of the medical evidence provided to say what her condition isn’t, and then to reach a conclusion that she is not vulnerable”.

“I consider that that approach is fundamentally flawed. And it’s flawed because it fails to address directly the Appellant’s medical evidence, which was specifically that: (a) she had depression; (b) that the consequences of her depression would be exacerbated by the threat of homelessness that she faced when she saw the doctor; and (c) that there would be further exacerbation if she was then made homeless. And there is no specific addressing of those facts by the reviewing officer or by NowMedical”.

The judge suggested during submissions that it was a ‘straw man’ argument to say that the Appellant was not vulnerable simply because there are more serious forms of depression from which she does not suffer.

Nick was instructed by the Brixton Advice Centre. 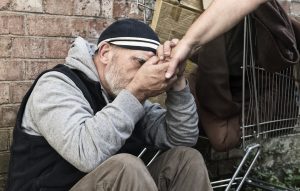