Nick Bano acted in a successful homelessness appeal which concerned a local authority’s decision that ‘temporary’ accommodation was suitable for the applicant even though council had decided that it owed her the ‘main housing duty’ under section 193(2).

In RR v Lewisham (5th July 2018, County Court at Central London (HHJ Parfitt)) the local authority had given the applicant poor-quality temporary accommodation while it made inquiries into whether it owed her a homelessness duty.  Lewisham then accepted that it owed her the ‘main housing duty’ but sent a letter notifying her that it had very limited availability, and that she might have to remain in her temporary accommodation for years.  Eventually, after an argument at the housing office about the condition of the accommodation, RR handed in her keys.

HHJ Parfitt ruled that there is no separate class of ‘temporary section 193’ accommodation.  Any accommodation provided under section 193 must be suitable as a performance of the main housing duty.  However, the court ruled that there was some ‘flex’ in the question of suitability and that local authorities were entitled to take into account the length of time that an applicant would be expected to stay: on the specific facts of the case, the council had not relied on the temporary nature of the accommodation to the extent that the decision was unlawful.

The appeal was allowed on a separate ground: that the reviewing officer had breached section 11 of the Children Act 2004 by failing to have due regard to the best interests of the children when deciding that a journey to school that took 80 minutes each way, via central London during rush hour, with several changes and a 20-minute walk, was reasonable.

Nick was instructed by Centre 70 Advice. 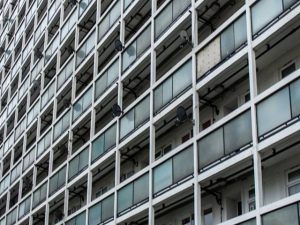