This week the Court of Appeal handed down judgment in two cases that considered the role of the courts in housing cases involving breaches of the Equality Act 2010.  Nick Bano was junior counsel in both, having appeared as sole counsel at first instance.

Forward v Aldwyck Housing Group [2019] EWCA Civ 1334 was a second appeal on the question of the remedy that the courts should grant for an established breach of the Public Sector Equality Duty (section 149 of the Act) in possession proceedings.  During an anti-social behaviour trial Nick had elicited a concession in cross-examination that the decision maker had failed to comply with section 149 when deciding whether to take steps to evict a disabled tenant.  The circuit judge nonetheless made a possession order, which Cheema-Grubb J upheld on appeal to the High Court ([2019] EWHC 24 (QB)).  The Court of Appeal held that, because the trial judge had made a finding that there was no viable option other than possession, the breach of primary legislation was not material and it had been open to the courts below to make (and uphold) the possession order.  Longmore LJ’s judgment approved the recent decision of the High Court in London & Quadrant v Patrick [2019] EWHC 1263 (QB), in which Nick had also acted for the disabled tenant.

Adesotu v Lewisham LBC (Equalities & Human Rights Commission intervening) [2019] EWCA Civ 1405 concerned whether the County Court has jurisdiction to consider allegations of disability discrimination in a statutory homelessness appeal.  HHJ Luba QC had struck out the discrimination challenge as a preliminary issue, ruling that there was no jurisdiction to entertain such allegations under the Equality Act 2010 or the Housing Act 1996, but granted permission to appeal and transferred the case to the Court of Appeal because of the significant public importance of the issues.  The Equality & Human Rights Commission joined the appeal as an intervener.  The Court of Appeal upheld the circuit judge’s decision: Parliament had not provided for homelessness appeals in the ‘Enforcement’ chapter of the Equality Act, and it is therefore not open to a homeless person to include discrimination grounds in a statutory homelessness appeal. 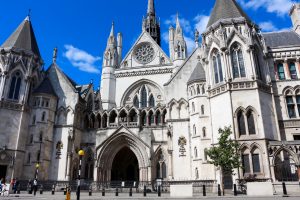