Lead and Junior, James Murray Smith and Charles Crinion, will return to court next February after a jury was unable to reach a verdict in a case involving damage to the rail network. This included graffiti of the Bluebell steam line in Sussex. Reported in the Evening Standard, the graffiti concerned a VAMP tag on trains, walls and bridges across a period spanning seven years. James pointed out that these were not the sort of artistic images associated with Banksy and others, but were instead pure acts of vandalism. 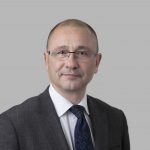