On 8th December 2022, pupil barrister Ife Thompson recently addressed the newly launched United Nations Permanent Forum for People of African Descent (UNPAD).  Mandated by the Durban Declaration Programme of Action – the UN’s blueprint to combat racism, racial discrimination, xenophobia and related intolerance globally – UNPAD is a consultative mechanism for people of African descent and other relevant stakeholders, and a platform for improving the safety and quality of life and livelihoods of people of African descent; it is also an advisory body to the Human Rights Council.

Ife is a senior UN fellow for the International Decade for People of African Descent and represented three organisations before the Forum: BLAM UK, Justice for Chris Kaba Campaign and the Global Black Collective Institute.  Her intervention called for the creation of a mechanism within the UN from which victims of police brutality can seek redress and support.  She also invited the Forum to tackle the issue of language discrimination, particularly in schools, highlighting the case of a Black child who was excluded from school for greeting a teacher in Jamaican Patois, and reminded the Forum that if it is to be truly accessible, it must provide interpretation in afro-descedant languages such as Haitian Creole and Patois.   Finally, Ife proposed a youth Forum to ensure intergenerational dialogue.

Ife will continue to work with the Forum to shape a new Declaration on Human Rights of People of African Descent.

The proceedings can be viewed here. 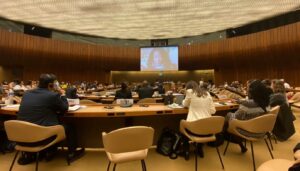 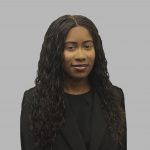