Ishan Dave acted as sole counsel for LG who was charged with attempted murder together with 13 other defendants.

The attack was on an alleged rival gang member, the allegation being that the victim had been spotted in a London Probation office by two co-defendants, who were then seen on CCTV to use their mobile phones to alert others of the victim’s presence.  The majority of the incident was captured on CCTV from inside the Probation office and from cameras in the nearby streets.  Within minutes of the mobile phone usage, a large group of males gathered outside the Probation office in question, including LG who arrived at the scene in a car, along with a passenger.  Seconds later, the victim emerged from the Probation office and was chased and attacked by the waiting group.  LG followed the chasing group in his car whilst the passenger filmed part of the attack on his mobile phone.  The victim suffered multiple stab wounds.  The defendant’s car was recovered shortly afterwards and  a number of knives and machetes were recovered from the boot.

At trial, Ishan established, through careful analysis of the CCTV evidence and the video recording taken by the passenger,  that his client had arrived in the vicinity by chance and had reversed his car away from the scene of the attack before it had really begun.  In addition, there had been little interaction with any of the waiting group and no evidence of recent telephone communication.  The officer in charge of the case, when cross examined, had to accept that on the evidence, LG did not even get out of his car or make any attempt to assist the attackers.

The case involved detailed and lengthy legal argument, not only in relation to joint enterprise, but also as to the admissibility of evidence of alleged gang affiliation.  The Crown sought to call expert evidence from a member of the Met Police Gangs Unit to establish that this was a revenge attack on a rival gang member: the defence successfully challenged his status as an expert witness as well the admissibility of the evidence itself. 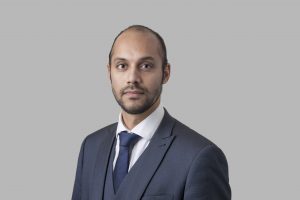 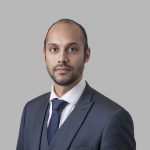