Tanya Murshed has returned after eight months in Uganda working as Project Director for the Centre for Capital Punishment Studies (CCPS).

During her time in Uganda, Tanya assisted numerous individuals convicted of capital offences at the Kampala High Court. Most notably, she assisted condemned inmates who benefited from the case of Attorney General v Susan Kigula and 417 others which abolished the mandatory death sentence, helping them go back for re-sentencing at the High Court. Tanya provided extensive training on the principles of mitigation and sentencing to lawyers and law students from Makerere University who were responsible for collecting mitigating evidence on behalf of the Kigula beneficiaries. Tanya also worked closely with the Judiciary; The Uganda Law Society; Ministry of Gender, Labour and Development; Justice Centres Uganda and The Uganda Prison Service providing technical and logistical support in preparation for the special sentencing session that began on 18th November 2013.

In preparation for this session, Tanya pioneered a pilot scheme of pre-sentence reports and mental health assessments for all inmates falling to be re-sentenced. Working in conjunction with the Uganda Law Society, she obtained funding for this from the Democratic Governance Facility, a multi donor organisation created by Austria, Denmark, Ireland, the Netherlands, Norway, Sweden, the UK and the Delegation of the European Union in Uganda.

Tanya also acted as Amicus Curiae with leading counsel Declan O’ Callaghan of Landmark Chambers, providing written representations on the legal issues affecting the sentencing of Kigula beneficiaries. Out of 140 individuals resentenced, only 9 had their death sentences maintained. The remaining 131 inmates were either released, given fixed term sentences or imprisonment for life.

Tanya will continue to work as Director of the Project and is currently working with the Ugandan Judiciary to introduce various changes into the criminal justice system.

Tanya was nominated for the 2013 Sydney Elland Goldsmith Bar Pro Bono Award for her work with CCPS. 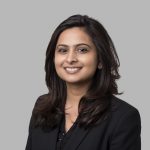