The theme for this year’s World Refugee Day, held on 20th June, is “every action counts”.  It is a reminder of the need to build a more inclusive and equal society, and of the huge contributions made by refugees to society.

‘Refugee’ has a specific meaning: it is someone who seeks protection owing to a well-founded fear of persecution because of their race, religion, nationality, political opinion, or membership in a particular social group.  Membership of a particular social group includes those who fear persecution because of their sexual orientation, gender, or are victims of trafficking.

Refugees flee their countries, generally with very little but memories of the homes and families they have left behind and, in most cases, the traumatic experiences they have suffered because of their beliefs or attributes about themselves they cannot change.  In fact, prior to the last century, “the practice of sheltering those compelled to flight was not perceived as a burden, but rather as a necessary incident of power, and indeed as a source of communal enrichment” (Professor Hathaway, ‘The Law of Refugee Status’).  And refugees have enriched many societies.  Some who have reached prominence, or whose children have reached prominence, include Elbert Einstein, Chagall, Bob Marley, Freddie Mercury, Madeleine Albright, Henri Kissinger, Jackie Chan, Marlene Dietrich, Viktor Hugo … and the list goes on and on.

But “every action counts” is not just about prominent refugees, but about all refugees and how they enrich society.  There are now 70.8 million forcibly displaced people in the world, of which 26 million are refugees.  Over half of are under the age of 18.  57% of UNHCR’s refugees (11.7 million people) come from three countries: South Sudan, Afghanistan, and Syria.  World Refugee Day is a celebration of their contribution and that everyone can make a difference because every action counts. The UNCHR, the guardians of the Convention on Refugees, put out a statement for 20th June 2020 reminding us that we all have a part to play:

“The COVID-19 pandemic and the recent anti-racism protests have shown us how desperately we need to fight for a more inclusive and equal world: a world where no one is left behind. It has never been clearer that all of us have a role to play in order to bring about change. Everyone can make a difference. This is at the heart of UNHCR’s World Refugee Day campaign. This year, we aim to remind the world that everyone, including refugees, can contribute to society and Every Action Counts in the effort to create a more just, inclusive, and equal world.”

1MCB Chambers has a long-standing commitment to the protection of refugees. From assisting those seeking asylum to secure their right to remain here, to ensuring that people have access to housing and social assistance, members of 1MCB are committed supporting the rights of refugees.  Through our work we seek to contribute to creating a more just, inclusive and equal society and celebrate World Refugee Day with our partners across the world.

An edited version of this piece, authored by Rajesh Rai, first appeared on Sahoja, an online community which seeks to spark positive change in ourselves, our communities and the world at large. 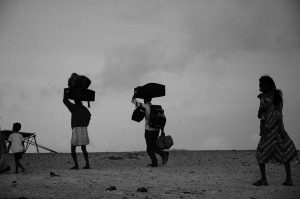