We are delighted that Iain Edwards and Anna Watterson achieved rankings in the latest edition of Chambers & Partners directory 2021.

Iain Edwards was ranked for a sixth consecutive year in the field of International Criminal Law. Iain was noted as “A respected practitioner who attracts praise for his deep knowledge of international criminal law. He has spent a considerable amount of time representing individuals accused of genocide and crimes against humanity before the International Criminal Tribunal for Rwanda. He has also appeared before the Special Tribunal for Lebanon in The Hague. [He is currently involved] in the Jovica Stanišić & Franko Simatović retrial before the IRMCT.” Iain was particularly recognised for his trial advocacy and as being “excellent with witnesses.”

Anna Watterson is ranked in Band 4 for Social Housing. Anna was noted as “A well-regarded junior with expertise across a range of housing matters. She regularly represents tenants in possession cases, as well as disrepair claims. She is a part-time First-tier Tribunal judge in the Social Entitlement Chamber.” She was particularly praised for her “Impressive oral advocacy.”​ ​ 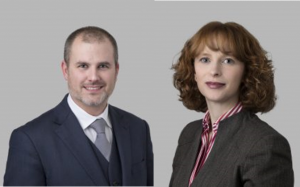