John Benson QC recently prosecuted a 25 year old male for the murder of his partner’s 22 month old child, who died from a catastrophic head injury. The child had also suffered additional injuries including bi-lateral retinal haemorrhages.

This was a complex and emotionally challenging case involving a host of medical experts for both the prosecution and defence giving evidence principally in the fields of neuropathology and pathology. The defendant did not deny that the injuries had been suffered when the child was in his sole care over a period of about 45 minutes: the primary issue at trial was whether the injuries were suffered accidentally in a fall downstairs as claimed by the defendant or, as the Crown maintained, unlawfully.

Prior to trial, the defendant had indicated that he would be prepared to plead guilty to manslaughter – a proposal that was considered acceptable to the Crown. However, he later changed his mind and was convicted by the jury of murder. The press described the defendant has having ‘gambled and lost’. 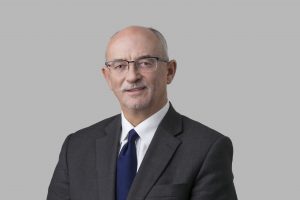