Tomorrow, 5th April 2022, the trial of Ali Muhammad Ali Abd-Al-Rahman will open at the International Criminal Court in The Hague. Iain Edwards is appointed as associate counsel for the defence.

Mr Abd-Al-Rahman is accused of having been a notorious commander of the Arab militia in Darfur, Sudan commonly known as the Janjaweed. He is charged with 31 counts of murder, rape, forcible transfer, persecution and torture as crimes against humanity, and numerous war crimes, all arising out of the conflict in West Darfur between August 2003 and April 2004.

One of the key issues in the case is the accused’s identity. Most witnesses are expected to testify that the Janjaweed commander was a man called Ali Kushayb. The prosecution claims that Mr Abd-Al-Rahman and Ali Kushayb are the same person but this assertion is vehemently denied.

The prosecution will call or otherwise rely on approximately 125 witnesses. Mr Abd-Al-Rahman has pleaded not guilty to all counts and the trial itself is likely to last for well over a year.

This case is the first at the ICC to deal with the conflict in Darfur. It is also the first case to be referred to the ICC by the United Nations Security Council in respect of a State (Sudan) that is not a party to the Court’s Statute. This has provided a unique opportunity for the defence to advance novel jurisdictional challenges. 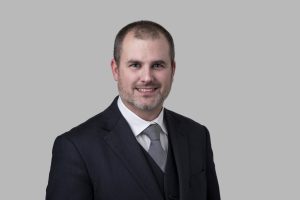