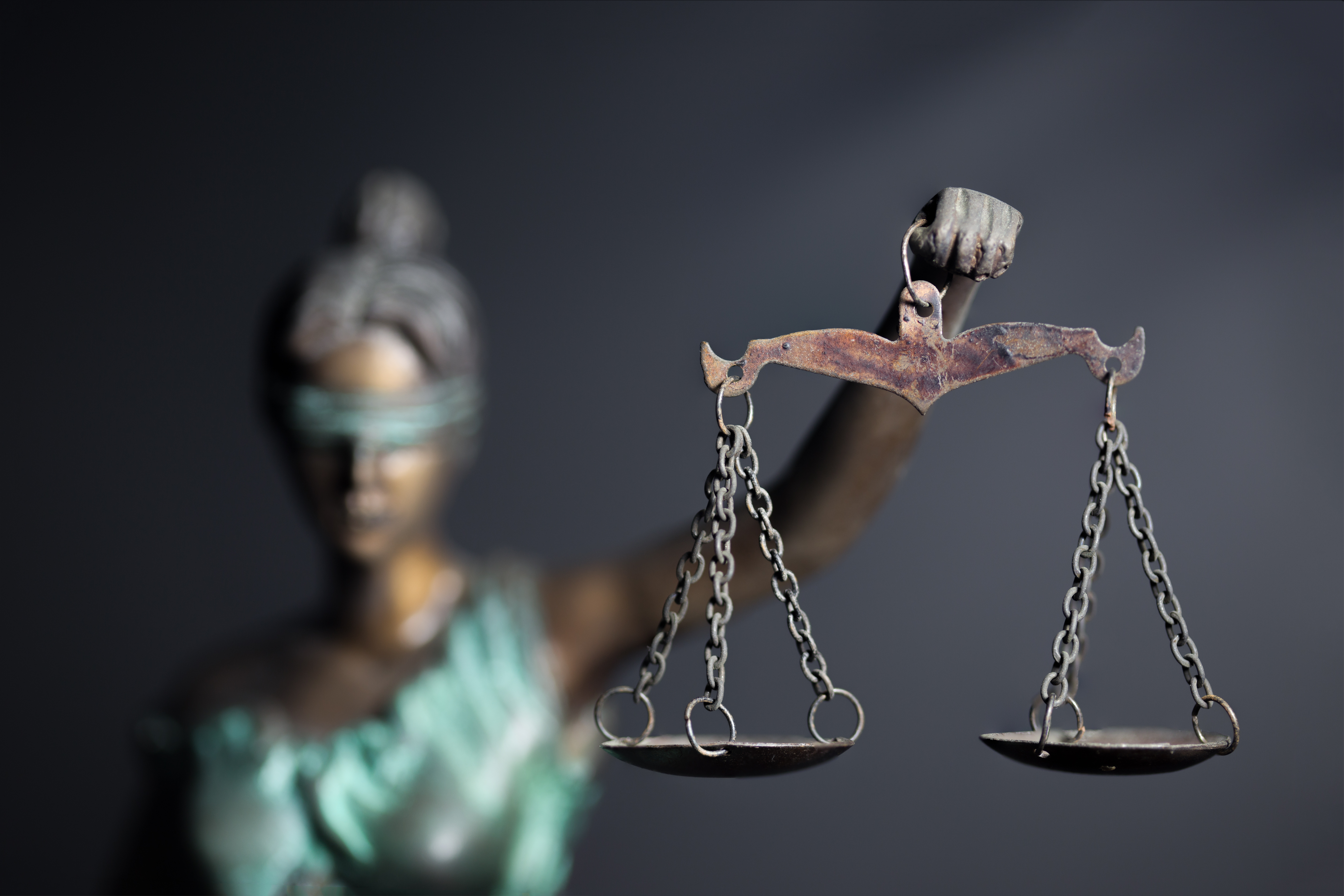 Following his extradition from the USA in November 2016, and after a three-week trial at the Central Criminal Court, John Benson QC and Salma Lalani secured their client’s acquittal on a count of murder. The charge related to the violent death by stabbing of a young man in Edmonton on New Year’s Day in 2008. Two other men who had been extradited from Jamaica were convicted of murder in 2013. The prosecution relied heavily on CCTV footage of the attack on the victim which followed an altercation on a night bus. The alleged joint enterprise involved four men, one of whom has never been apprehended.

John Benson said that it was a difficult case requiring painstaking analysis of events recorded over several minutes on CCTV, culminating in the final fatal outcome, in order to distinguish the participation of the defendant from others who were involved and who had already been convicted. 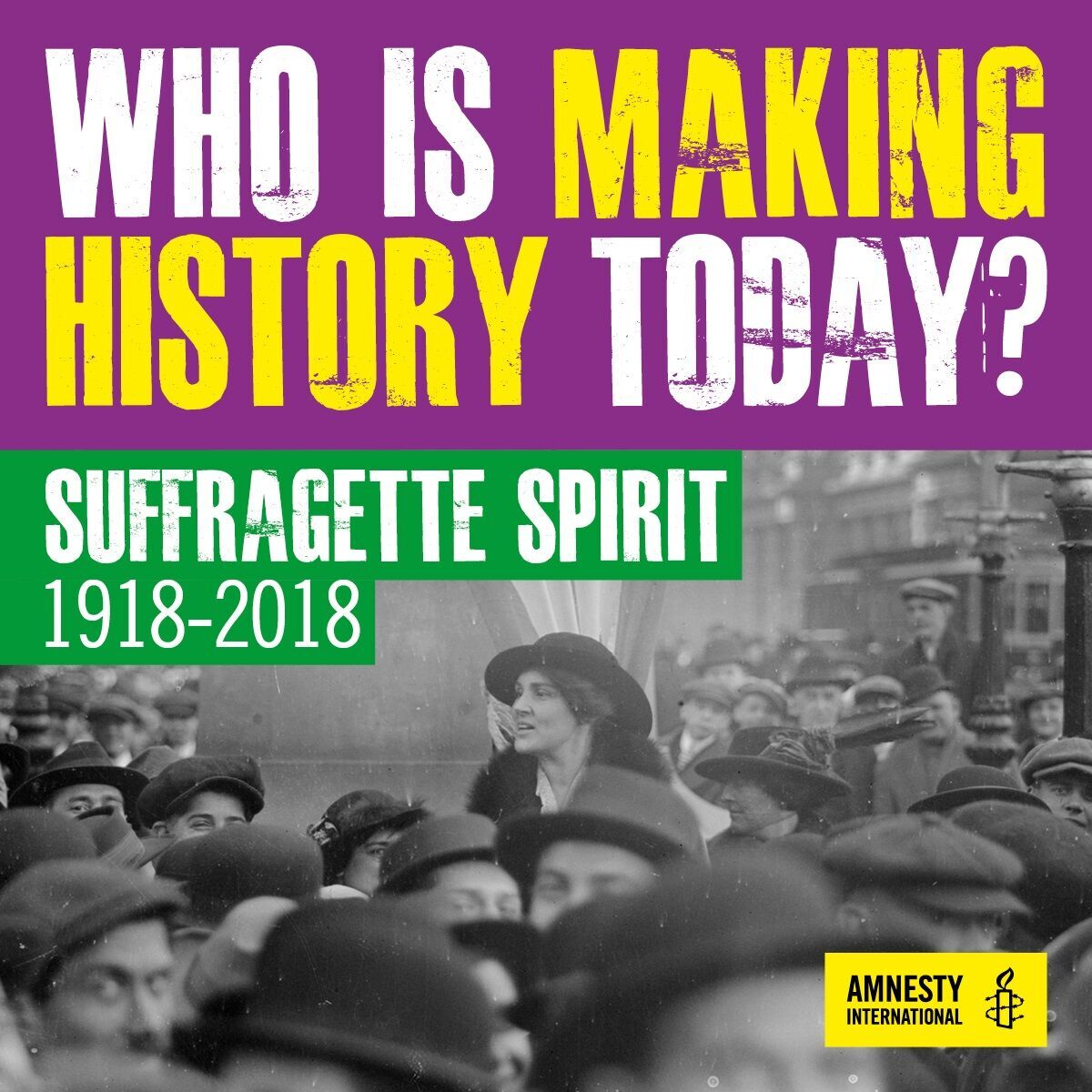 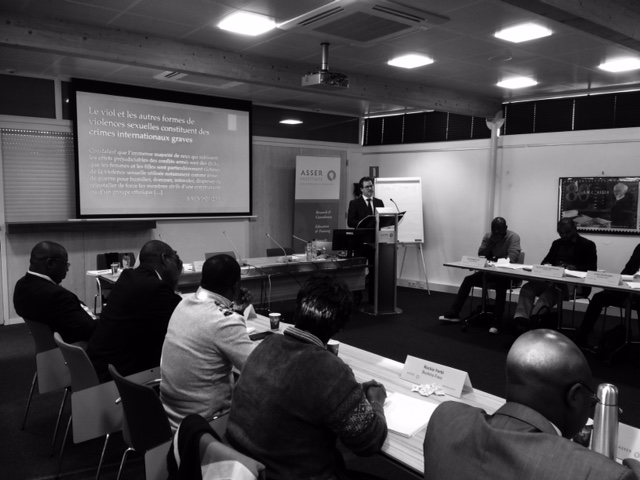 On 8 February, Iain Edwards  provided training to a group of senior prosecutors and judges from seven Francophone African countries at the TMC Asser Institute in The Hague, Netherlands. The training was held in conjunction with the Antonio Cassese Initiative as part of an advanced course on strengthening domestic capacity to prosecute international and transnational crimes in Africa. 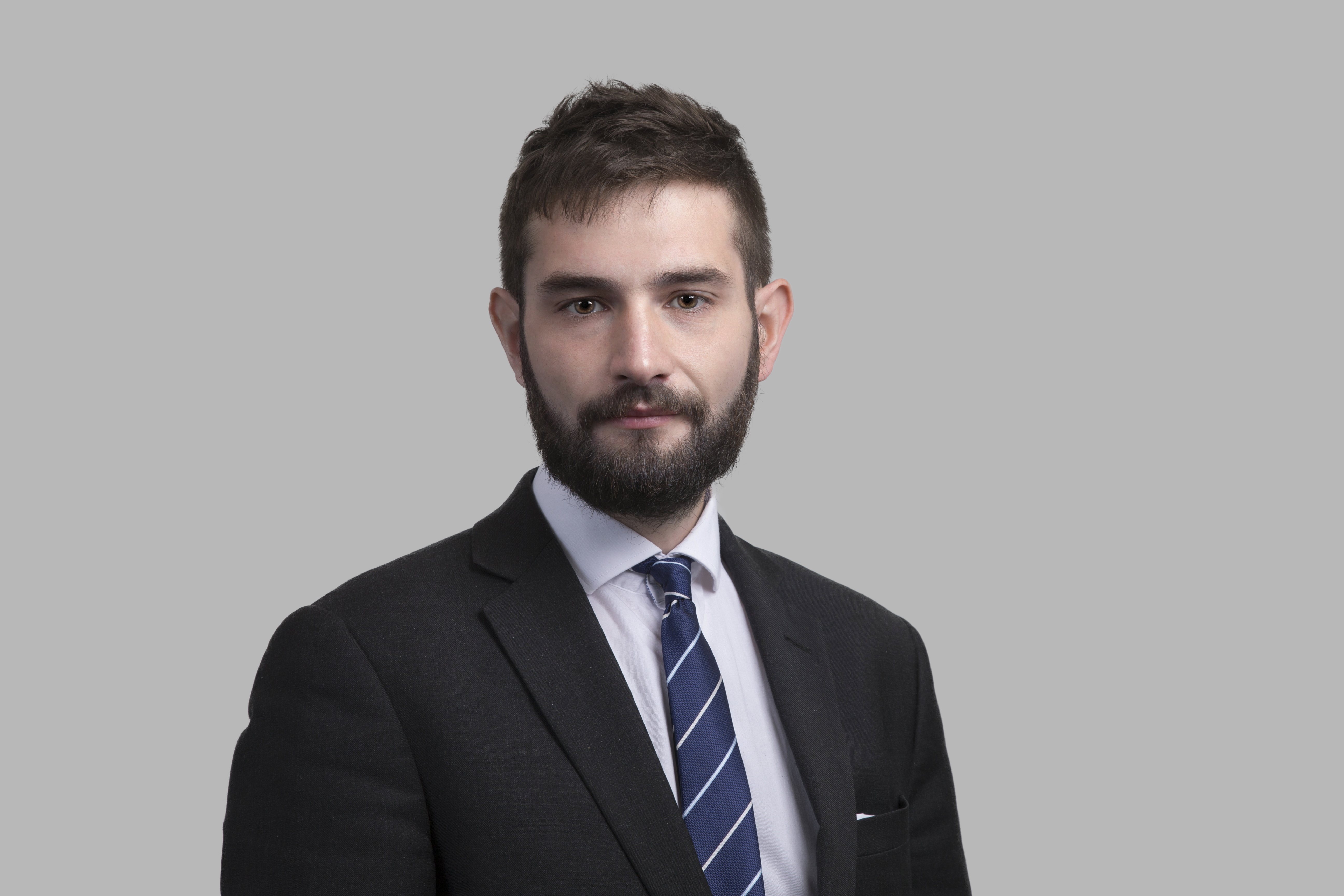 Nick Bano represented the successful appellant in G v Lambeth, a challenge to a local authority’s decision that the applicant was ‘intentionally homeless’.

The applicant, a self-employed painter and decorator with three children, had been evicted from a privately rented home for rent arrears. There was a dispute as to whether the family home had been affordable. G told the local authority that his family had spent £150 per month on a car and £120 per month on public transport and that – when added to the other costs of living – he had been unable to pay the rent. In assessing the family’s finances local authority discounted the cost of the car and reduced the other travel costs to £100 “for argument sake”, noting that the children travelled for free and the applicant’s wife was not in employment. That meant (on the local authority’s calculation) that the family’s expenses were £15 per month less than their income, and the property had therefore been affordable.

G appealed to the County Court. Recorder Cohen allowed the appeal, criticising in particular the decision to reduce the Appellant’s wife’s travel costs which, he said, ‘had no rational basis’ because a parent who is not in paid employment may have higher travel costs than someone who spends the day at work. Reaching the figure of £100, the judge ruled, was arbitrary.

The appeal succeeded (‘rather unusually’, the judge noted) on all six grounds. The other challenges were: 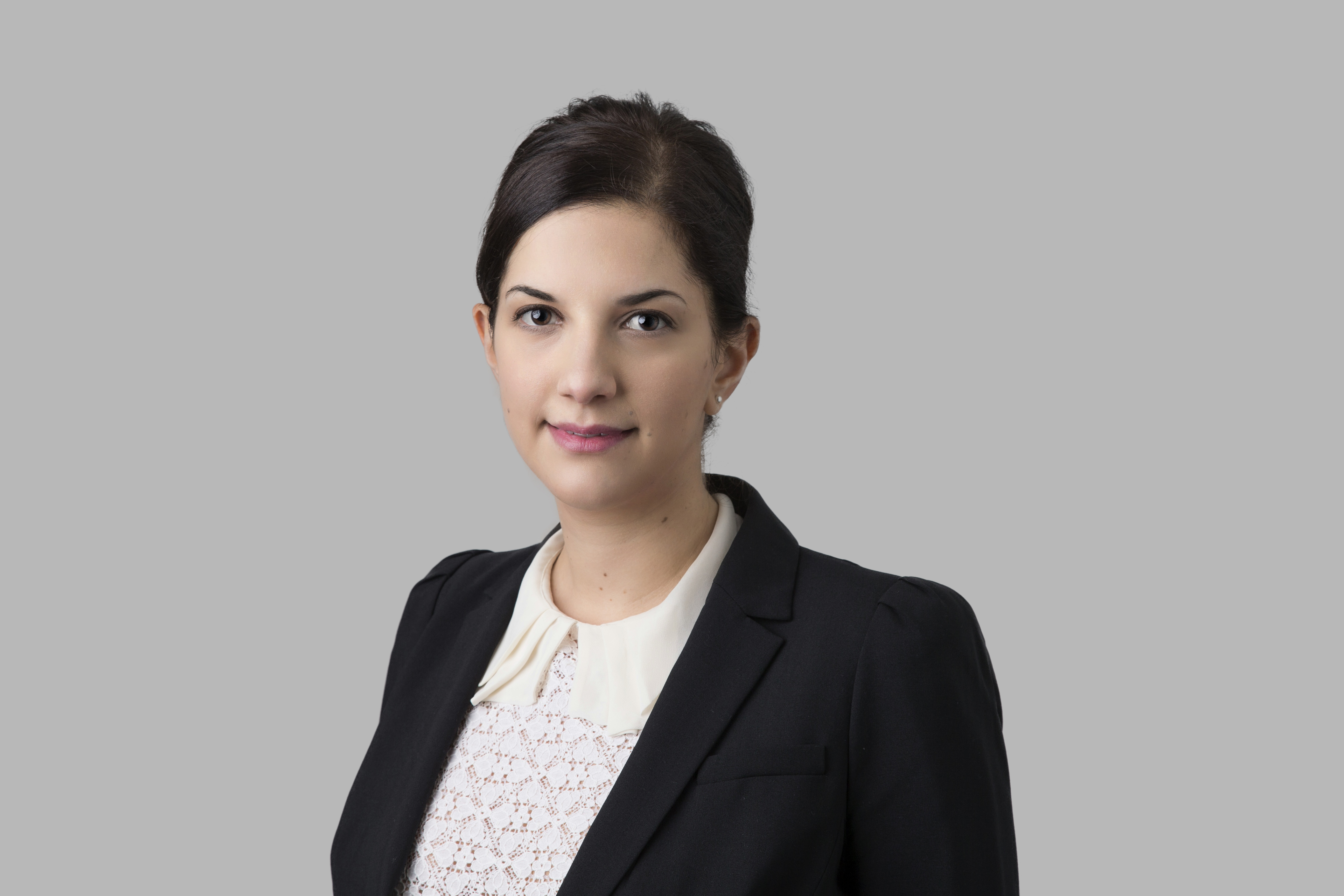 Ariane Adam, together with Nicola Braganza of Garden Court Chambers, participated in a seminar on ‘Journey to Asylum’ hosted by Lord Roger Roberts on 16 January 2018, which highlighted the work of the Athens Refugee Legal Support Project. Ariane and Nicola were members of a panel including representatives from Children on the Move in Europe and the Refugee Council. The seminar participants discussed the challenges faced by refugees in Europe, particularly those faced by unaccompanied asylum seeking children. 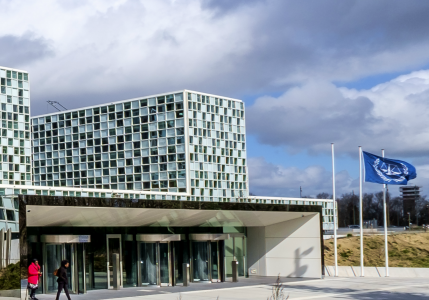 Christina Warner has been admitted as associate counsel at the International Criminal Court as of December 2017. Christina is now permitted to appear before the ICC representing victims of war crimes, genocide and crimes against humanity.

Christina undertook a six-month secondment at the Office of the Prosecutor at the ICC in 2016 assisting with the situations in Mali and Uganda. 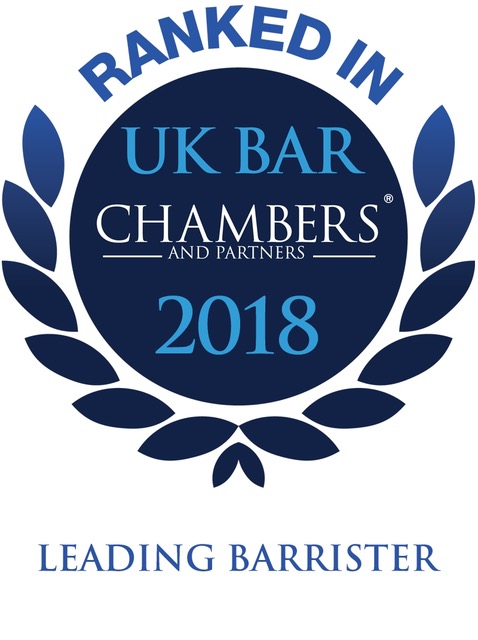 1MCB is delighted to announce that the following members have been ranked in Chambers and Partners UK 2018:

Iain Edwards was ranked as a leading junior in International Crime: a “dedicated” and “very accomplished strategist” who attracts praise for his deep knowledge of international criminal law. He has spent a considerable amount of time representing individuals accused of genocide and crimes against humanity before the ICTR, and continues to be instructed by Rwandans facing similar charges. He has also appeared before the Special Tribunal for Lebanon in The Hague.”

Strengths: “Very level-headed and composed, he has a great deal of experience which he brings to bear when formulating his strategic decisions. “He works very hard and is a careful and precise advocate. He has a nice, charming style and is able to make his points succinctly.”

David Stephenson was ranked as a leading junior in employment: “An expert in all manner of discrimination claims with impressive knowledge of the wider aspects of employment law, including equal pay and maternity rights. He has a strong focus on claimant work.”

Strengths: “Absolutely brilliant. Client-friendly, passionate about his work and highly knowledgeable. He really does fight the client’s corner.” “A real advocate of equality and employment rights and a very personable barrister who is well liked by clients.”

Jodie Anderson and Nick Bano have been invited to speak at RebLaw 2017, a conference which aims to bring together lawyers, activists and students determined to use the law for the benefit of marginalised communities and individuals.

Jodie will be speaking about her work for the charity Refugees at Home, as part of a session about making refugees welcome in the UK.  Refugees at Home pairs those with spare rooms with asylum seekers and refugees in need of accommodation.

Nick will be speaking on the ‘Housing rights after Grenfell’ panel alongside Focus E15 Campaign and Black Activists Rising Against Cuts.

The conference will take place at the University of Law’s Moorgate campus on 11th November 2017.  Tickets, which cost £10, can be booked here and you can read about the conference in Legal Voice. 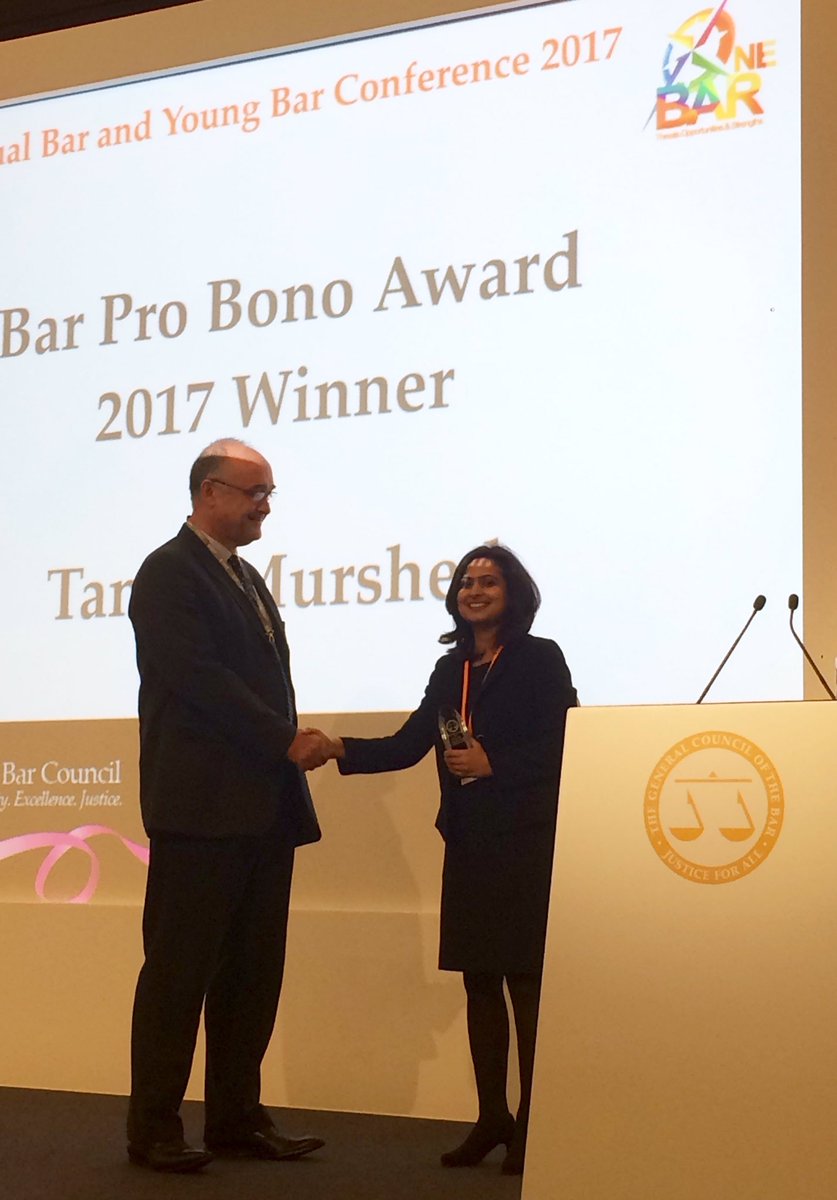 1MCB Chambers congratulates Tanya Murshed, who was today named as the winner of the Bar Pro Bono Award 2017, in recognition of her outstanding commitment to pro bono work.

Tanya is the founder of Evolve, a barrister led not-for-profit organisation which aims to improve access to justice, build capacity within the legal profession and promote efficiency, integrity and fairness within the criminal justice system of Uganda through the provision of pro bono assistance.  Tanya’s work in Uganda began in 2013, when she became Director of the Centre for Capital Studies’ (CCPS) Mitigation Project.  Through this work, she became acutely aware of the various problems in the criminal justice system affecting access to justice, fair trial and just outcomes such as the infrequent nature of court sessions, mismanagement of court files, unclear judgments and the difficulty in accessing precedents.  Believing that a more comprehensive approach to the various problems was required to make a sustainable impact on the system, she founded Evolve.

A key focus of Evolve’s work has been the plight of the beneficiaries of the landmark Supreme Court case of Attorney General v Susan Kigula and 416 others, which held that the automatic death sentence was unconstitutional.  Since then, 266 people have been resentenced: of these, 243 have avoided sentences of death.  A prisoner who wrote a letter in support of Tanya’s nomination wrote, “It is my humble prayer on behalf of all the inmates Ms Tanya Murshed has helped that she be recognised for her selfless efforts in helping hundreds of us survive the gallows… We owe her our lives!”.

The Bar Council has written about Tanya’s award here. 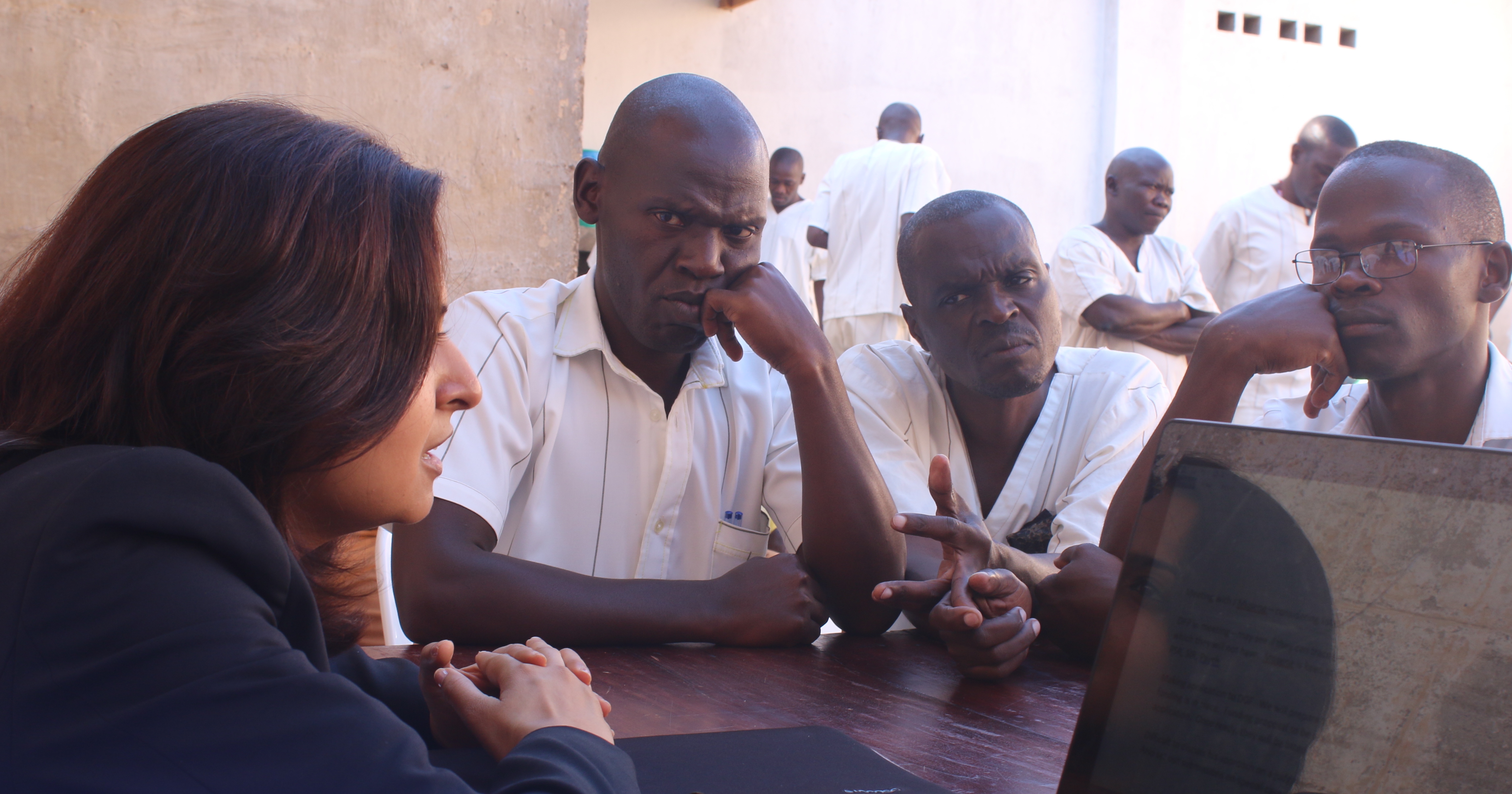 Tanya Murshed is amongst the eleven nominees for this year’s Bar Pro Bono Award, in recognition of her work with death row inmates in Uganda.

Tanya is the founder of Evolve, a barrister led organisation which aims to improve access to justice, build capacity within the legal profession and promote efficiency, integrity and fairness within the criminal justice system of Uganda through the provision of pro bono assistance.  A team of volunteer barristers – including a number of Tanya’s colleagues at 1MCB – have assisted approximately 500 prisoners pro bono in appeals against conviction and sentence and in mitigation hearings following the abolition of the mandatory death penalty in Uganda in 2009.

Supporting Tanya’s nomination, Declan O’Callaghan, a barrister at Landmark Chambers who has acted as amicus curiae in several capital cases before the Ugandan appeal courts, said,“In essence, and this is no blustery overstatement said with flippancy – a considerable number of people owe their lives to Tanya’s capacity for hard work and her ability to persuade a number of professionals to give up their time and commitment to helping death row prisoners in Uganda. Her work is the true essence of ‘pro bono’.”

In the year of our 40th anniversary, 1MCB’s “particular strength in acting for legally aided clients” continues to be recognised.  This year’s Legal 500 directory notes 1MCB to be a “very professional” set containing “talented yet down-to-earth barristers with deep expertise” and a “business-driven approach and a focus on results”.

The clerks are similarly recognised for their “attentive manner”, “often going above and beyond in order to facilitate the instruction of counsel” with a “human touch”.

In addition, four individual practitioners were recognised as leaders within their particular fields:

Iain Edwards is recognised as “an exceptionally accomplished practitioner in the field, who genuinely thrives on his feet in the courtroom” (international crime);

Jose Olivares-Chandler is named as “an incredibly intellectually gifted barrister, who goes above and beyond on a regular basis” (crime). 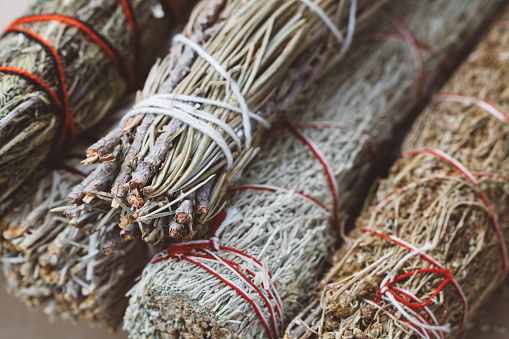 Gwawr Thomas and Jose Olivares-Chandler represented a mother and father, respectively, accused of child cruelty. The defendants did not dispute that they had taken their daughter to a traditional healer in Malawi, who had rubbed herbs into a series of incisions made on her back and chest. However, they pointed to their belief that they had acted in the child’s best interests, genuinely believing in witchcraft and the healing powers of traditional African medicine.

The prosecution sought to argue that culture was not relevant to the jury’s consideration of whether the parents had ‘wilfully’ caused harm to their daughter. It was argued on behalf of the defendants that, on the contrary, the cultural and religious context was a highly material factor when the jury came to assess the defendants’ state of mind and, consequently, whether they had deliberately caused unnecessary suffering to their daughter: indeed, it would be a breach of Article 9 ECHR if the jury was directed not to take into account the defendants’ genuine belief in witchcraft as part of their circumstances.

Both defendants were acquitted.