John Benson QC and Ranjeet Dulay, together with Salma Lalani led by Max Hill QC  successfully defended two of three men charged with murder. The prosecution alleged that the deceased was targeted after an argument with the accused the previous day at a family celebration. The case required painstaking scrutiny of CCTV material which captured the presence of the parties before and after the assault in which the deceased was fatally stabbed. A number of the key prosecution witnesses were granted anonymity, which added to the challenges in a complex case.

Ranjeet Dulay said: ‘This was a difficult and sensitive case. To meet the prosecution’s case as to what happened and the motive relied on required very careful analysis of the CCTV material and challenges to witnesses to the events which were said to have provided motive for the attack”. 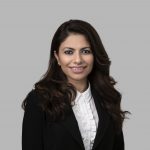