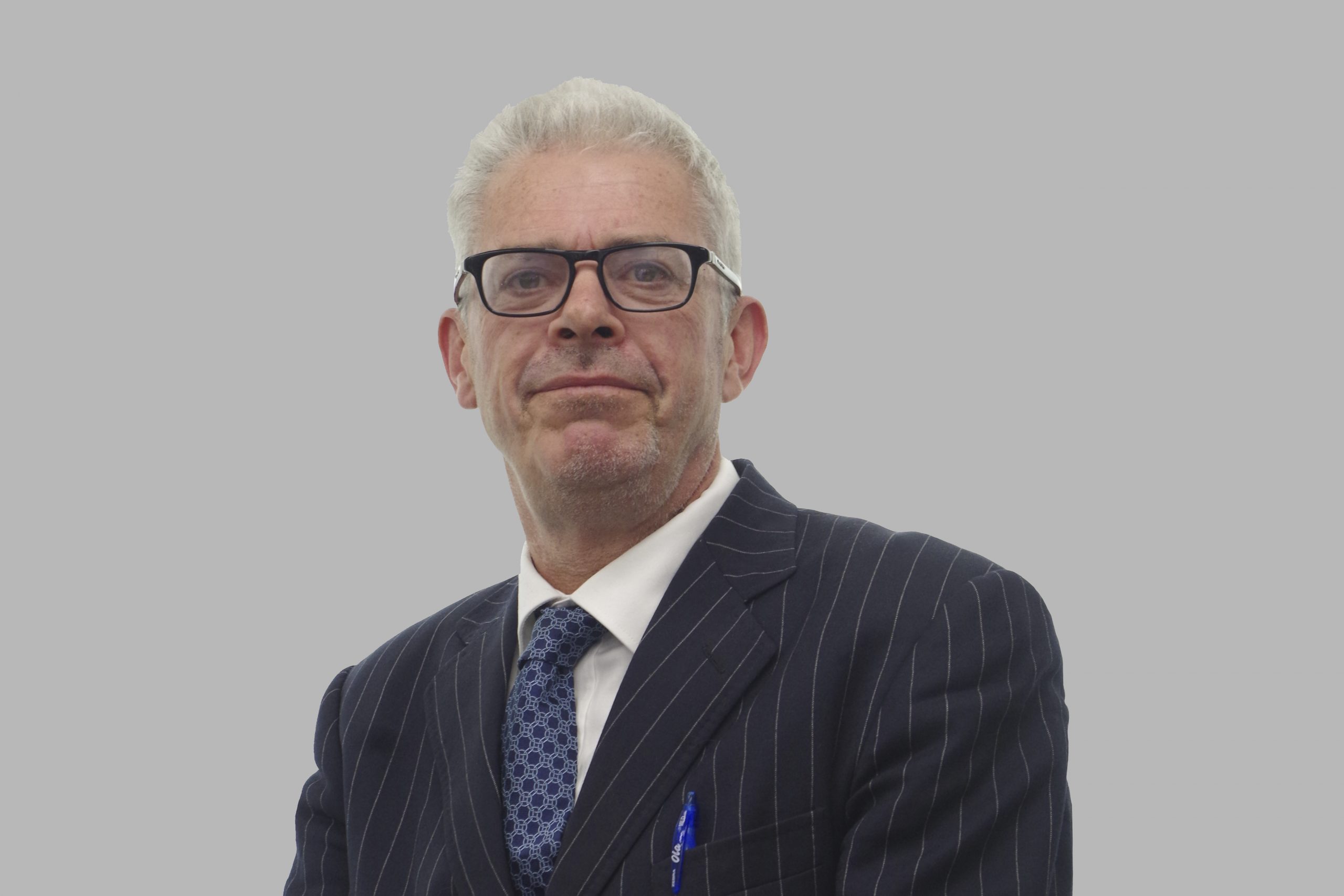 He writes and lectures extensively in the UK, Ireland and internationally. 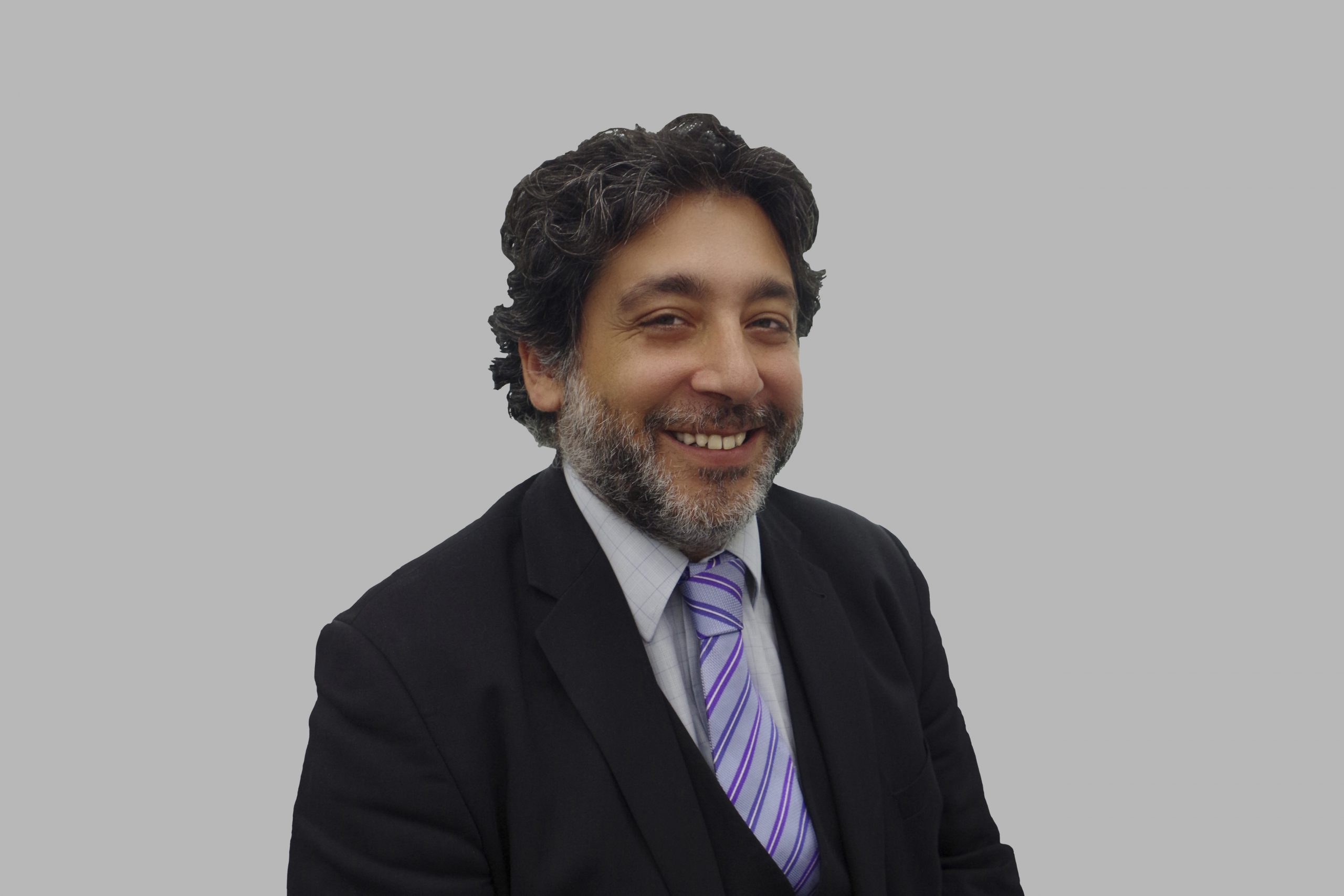 He is also founder and director of Be Coherent Ltd, a communications and legal training company which provides law and advocacy, persuasive communications, and media and defamation training for non-lawyers. 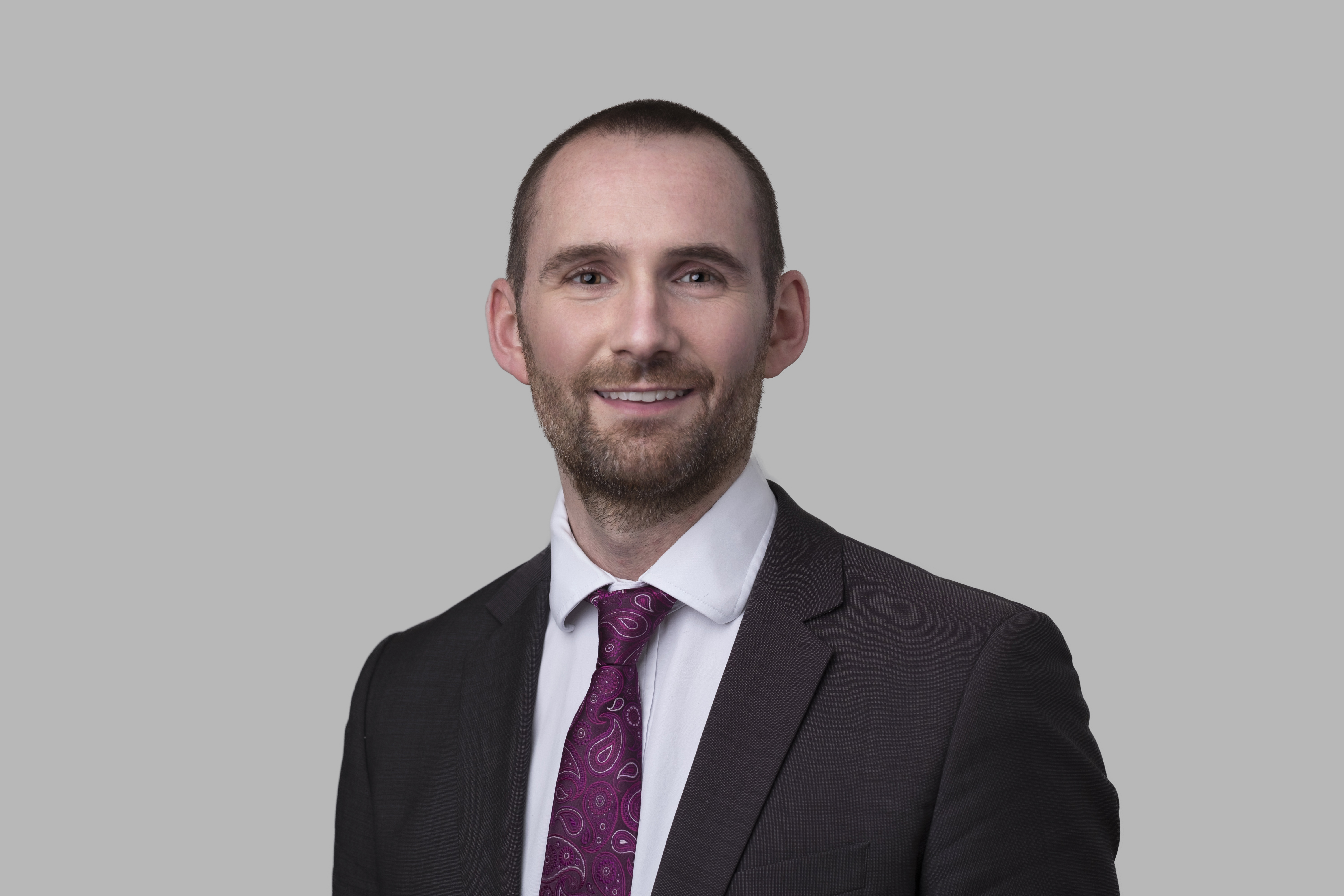 Mike prosecutes and defends in the Crown Court in a range of criminal matters, including POCA, and has appeared in the Court of Appeal and the High Court. He prepares thoroughly and has excellent client care. Mike is a CPS Grade 2 prosecutor and has been appointed to the specialist panels for serious crime, fraud and proceeds of crime. He also been appointed to the SFO’s panel C for prosecution, proceeds of crime and international assistance.

Having completed pupillage at 4 Breams Buildings, he joined 1MCB as a third six pupil in October 2016 and became a tenant in August 2017.

Mike worked previously in conservation and then the UK’s Department for International Development (DFID), developing and implementing policy and programmes in Whitehall, Iraq and Afghanistan. His focus in DFID was conflict reduction and security and justice reform in developing countries. After leaving government, Mike managed a large aviation security and police training programme in Somaliland, on behalf of the Foreign and Commonwealth Office (FCO).

He undertook the Graduate Diploma in Law and the Bar Professional Training Course at City University, London. He has travelled widely and speaks and reads Spanish and Indonesian moderately well.

In appropriate cases, Mike is able to accept instructions directly from members of the public, community organisations and NGOs, through the Bar Council’s Public Access Scheme. 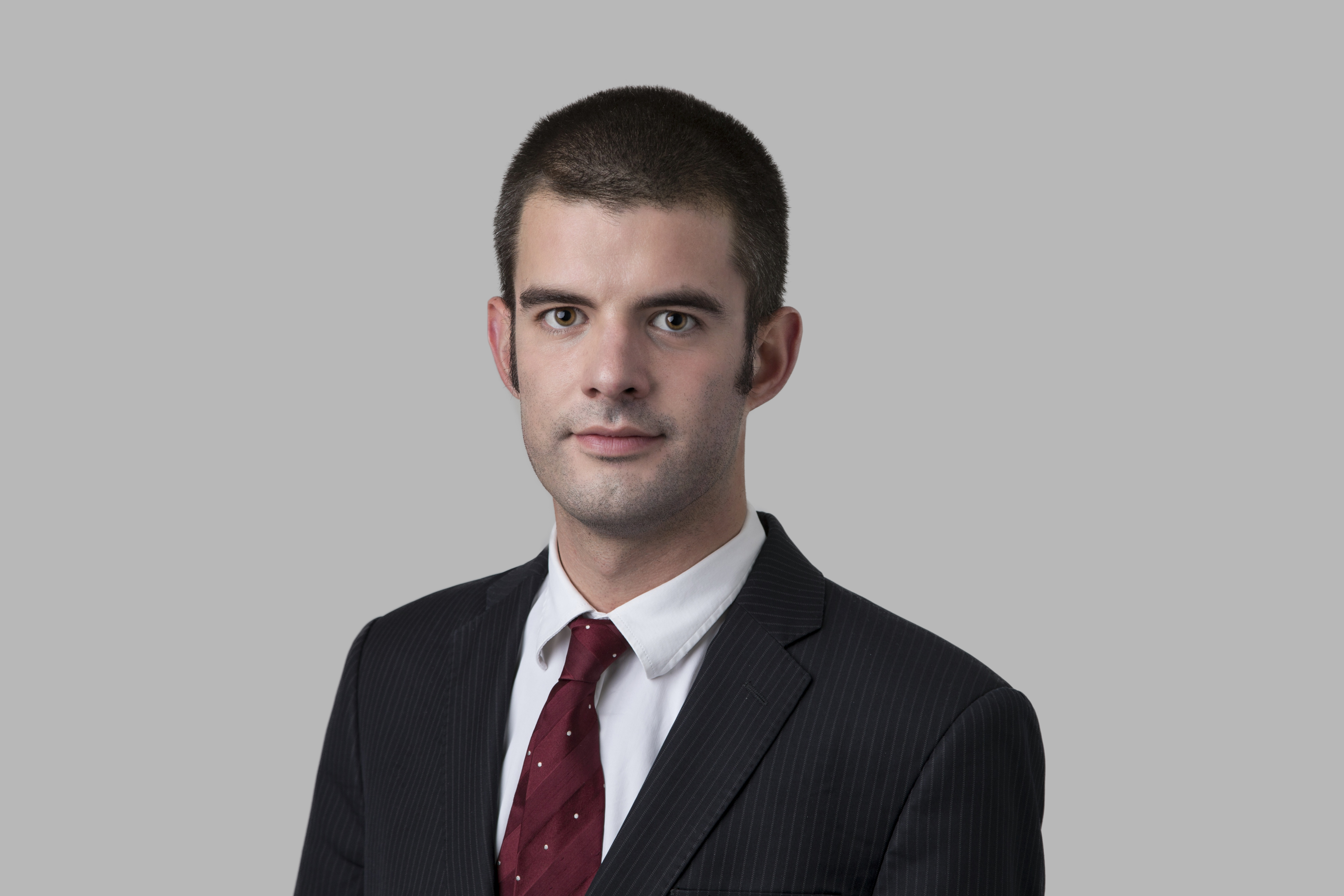 Prior to joining the Bar, Michael worked at law centres in South London, Bristol and Surrey. He provided advice and representation in housing law, especially homelessness and possession, as well as employment law and general public law. He has extensive experience of assisting vulnerable clients under legal aid contracts, including county court duty advice.

Michael also has extensive experience over many years of providing advice and advocacy in relation to employment tribunal claims, having represented in claims for unfair dismissal, discrimination, whistleblowing, wages and breach of contract. He has been thanked by the Employment Appeal Tribunal EAT for his “thoughtful analysis and clear presentation” (Stroud RFC v Monkman UKEAT/0143/13).

Pamela practises in all areas of criminal defence, including serious crime and offences alleging violence (attempted murder, section 18 and section 20 offences), drugs offences, firearms offences, and cases involving animal welfare.  She has experience of abuse of process submissions and of confiscation proceedings.  She has appeared before the Court of Appeal on numerous occasions. She has significant experience in public order law and offences arising out of protests, having represented miners during the 1980s, anti poll tax in the 1990s and anti war protestors more recently. She has been noted for dealing with difficult and sensitive cases over the years. She has been led in cases ranging from murder to confiscation and RIPA and been both led junior and junior alone in the High Court in dangerous dogs cases. 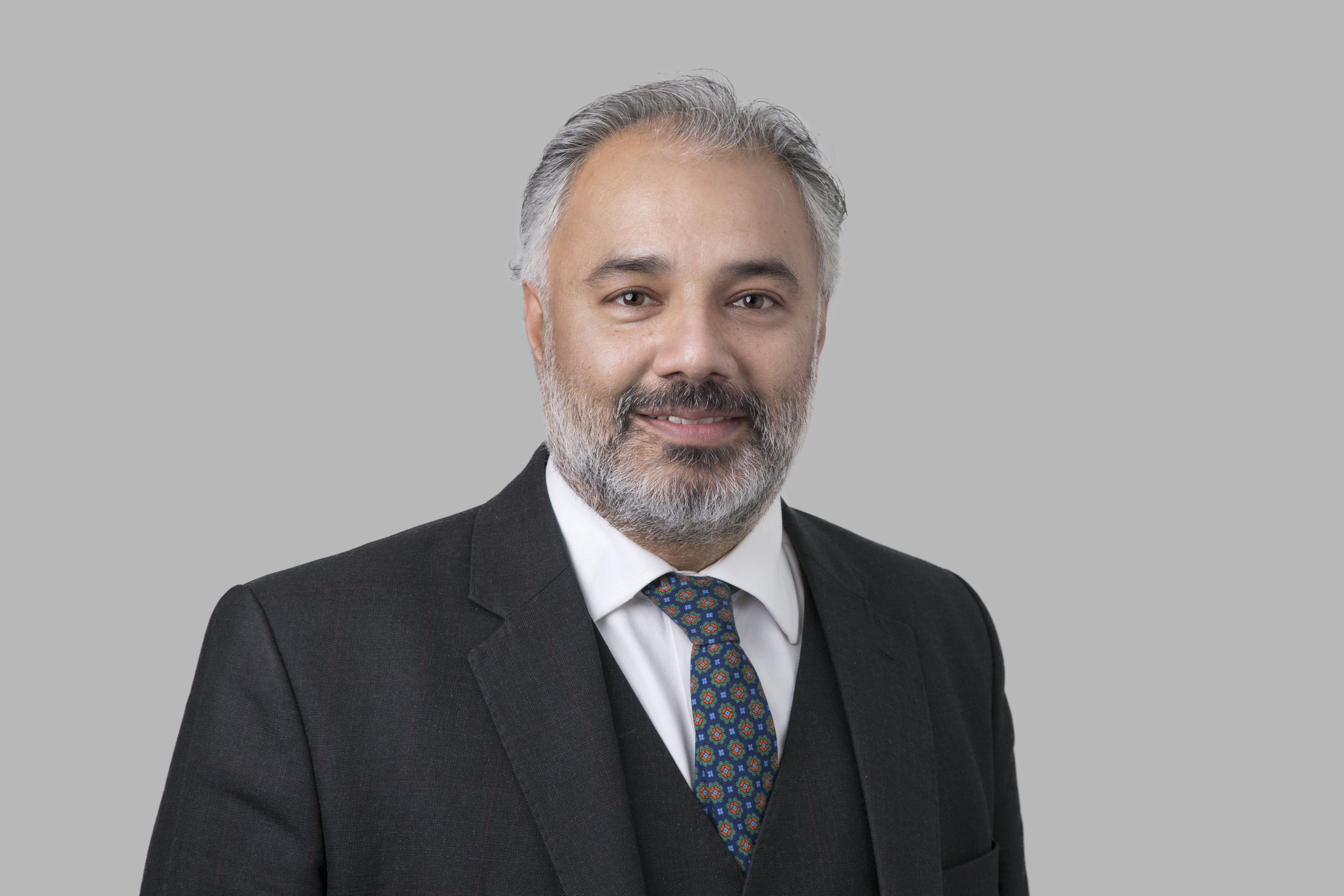 Rajesh is meticulous in his preparation, practical in the advice he gives and bold in his advocacy. He is a well-regarded and experienced barrister who has practised immigration, human rights and public law for over twenty years.

He has been a director of the Joint Council for the Welfare of Immigrants and the Kurdish Human Rights Project, both of which are leading organisations in the field of immigration and international human rights law. He is now on the panel of the council of experts of the democratic progress institute.

Having held the post of treasurer at 1MCB Chambers for years 2015-2019, Raj is now joint Deputy Head of Chambers. He has also been a director of an AIM-listed investment company where he took charge of the renewable energy portfolio. This has given him insight into business and organisational structures, which he uses when advising on business applications.

He has lectured extensively in the UK and internationally on a wide variety of legal issues, including immigration and asylum law and freedom of expression (Bar of Armenia), enforcement of European court judgments (human rights organisation in Turkey), minority linguistic rights (European Parliament), women’s and children’s rights in areas of conflict (cross-border conference to NGOs working in Kurdish regions). He has chaired these cross-border conferences on an annual basis from 2009 to 2012 in regions in south-east Turkey and Iraqi Kurdistan. He has had several reports published as a trial and human rights observer.

Neelim is an established practitioner in criminal and public law children cases. She has also acted for families in inquests and deaths in custody.

She is a long-standing campaigner for community based legal services and was a founder member of the first neighbourhood barristers’ chambers in the UK.

Neelim is actively involved in the work of the International Bar Association and is currently a vice-chair of its Human Rights Law Committee, and an officer of the IBA’s LGBT Committee and the IBA’s Poverty and Social Development Committee. She has previously been a member of the IBA’s Presidential Task Force on Trafficking.

Neelim is head of the family law team at 1MCB. 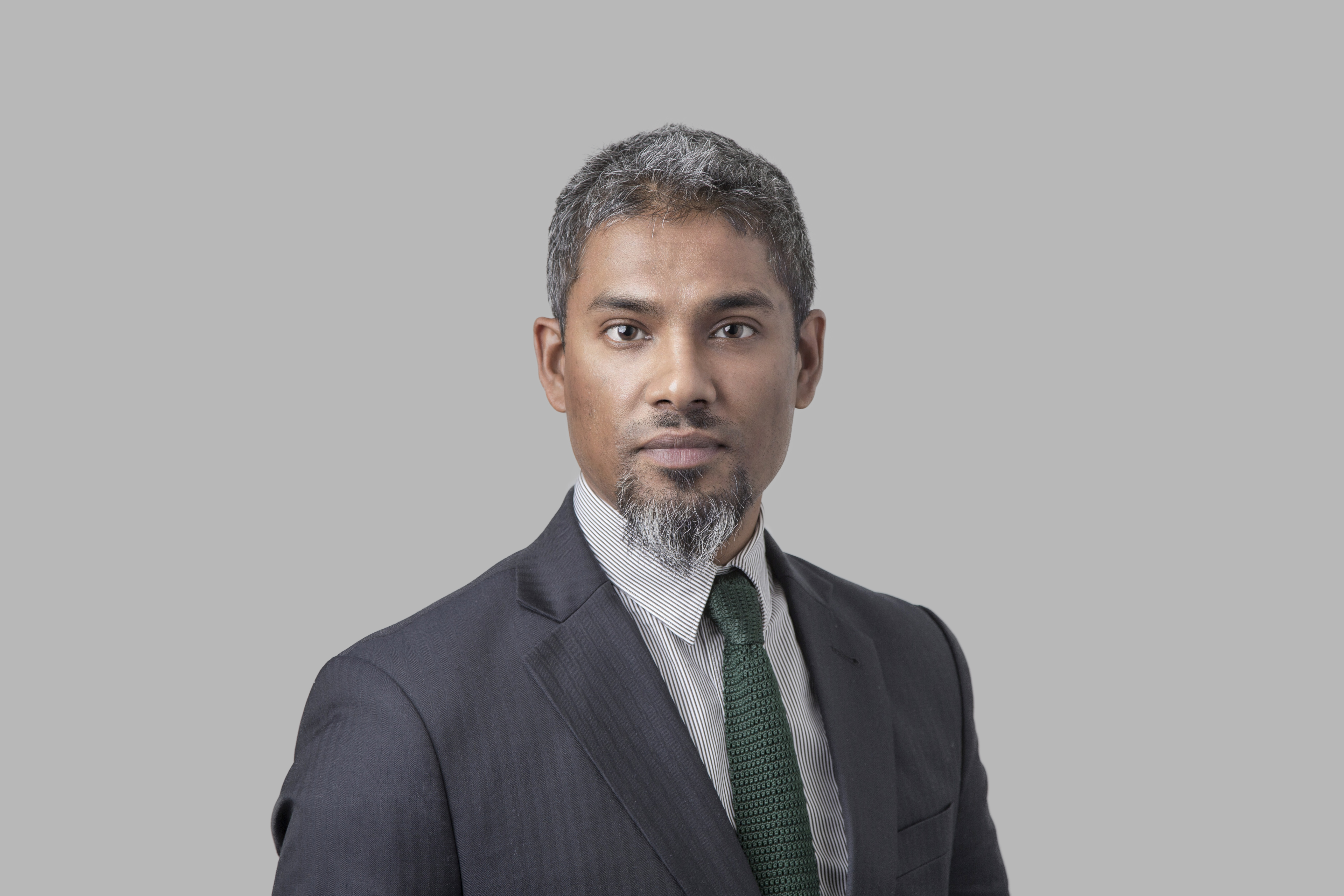 From the outset of his career at the Bar, Shuyeb has specialised in the fields of immigration, crime and public law, and ultimately in cases that engage human rights issues and/or have an international dimension. 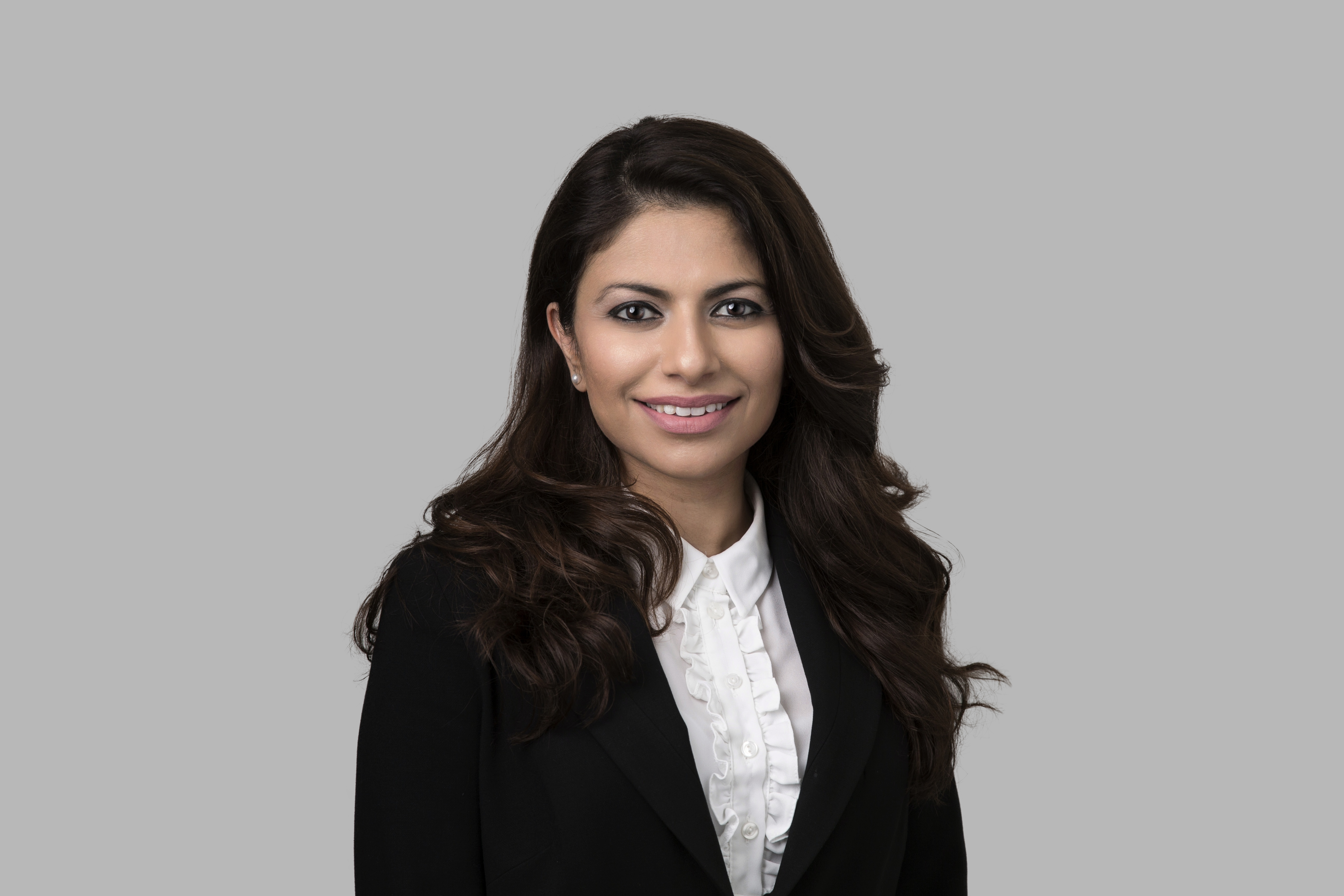 Ranjeet is a highly regarded barrister who specialises in crime, immigration, asylum and human rights work. She is well respected by her professional and lay clients for consistently delivering positive results through her comprehensive and methodical approach to her cases. She has a professional and approachable manner and is often instructed on cases involving young offenders, vulnerable clients and those with mental health problems. 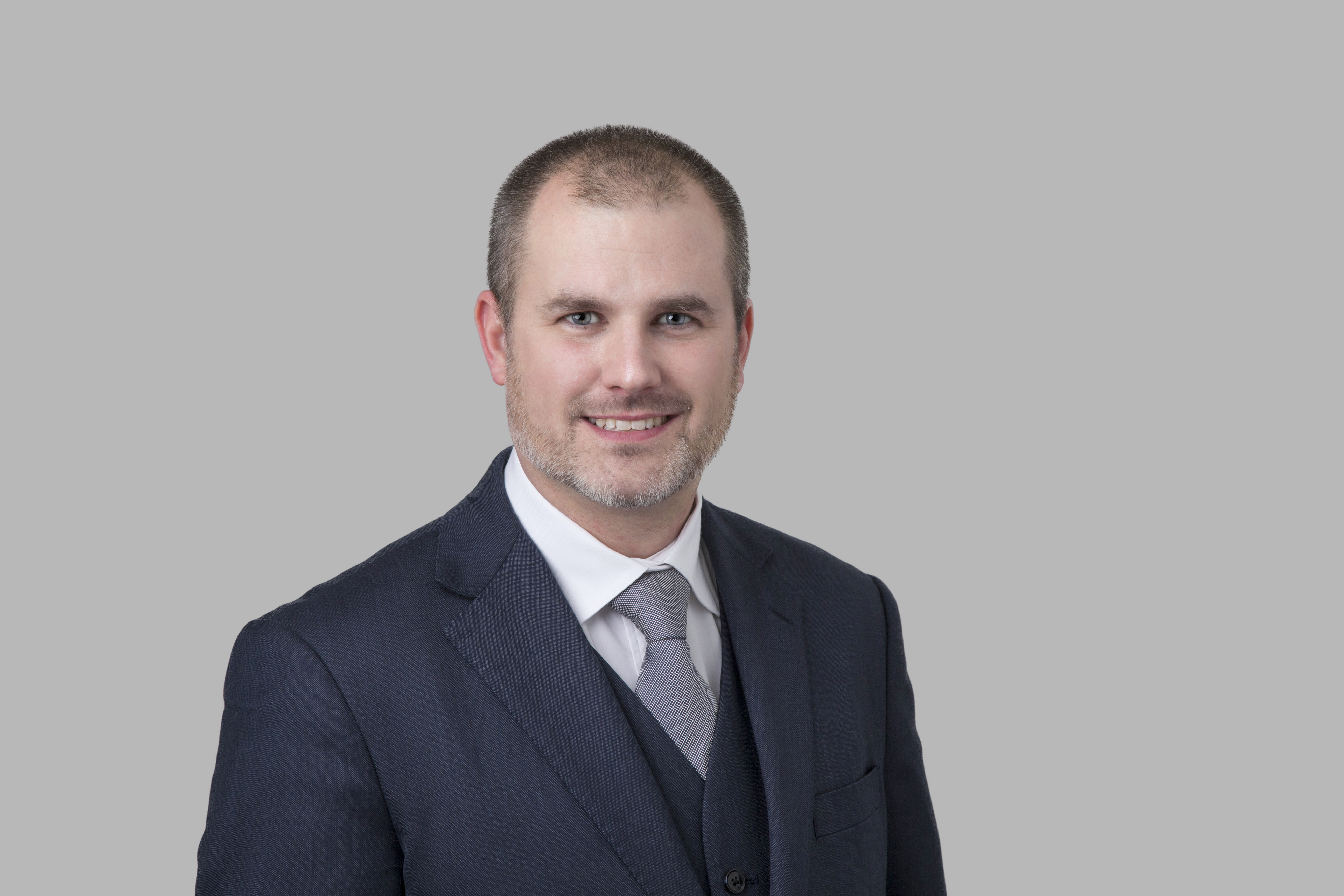 Iain is a seasoned and compassionate barrister specialising in serious crime. He is a fighter who always goes the extra mile for his clients, whether before domestic or overseas jurisdictions. Iain represents defendants charged with the gravest of offences and has a particular expertise in international crimes, firearms, and immigration related cases. He is developing a strong practice in extradition. Iain prides himself on his meticulous preparation and intelligent trial strategy. Clients regularly comment favourably on his down-to-earth, unpretentious approach.

Iain is currently assigned as counsel before the UN International Residual Mechanism for Criminal Tribunals in The Hague for the defence of the former head of the Serbian state security service, on trial for crimes against humanity and war crimes. He is also assigned for the defence of an accused in a six-hander contempt case before the Mechanism in Arusha, Tanzania.

Iain has a developing interest in all areas of national and international sanctions work, including before the UN’s Ombudsperson to the ISIL (Da’esh) and Al-Qaida Sanctions Committee, and under the UK’s new Magnitsky regime introduced through the Global Human Rights Sanctions Regulations 2020.

Iain is accredited by the Bar Standards Board to undertake public access work.

Parveen is an experienced barrister who believes in representing her clients fearlessly and compassionately. She aims to ensure that her client always feels well supported and effectively represented in court proceedings, always taking the time to make sure that the client understands proceedings.

She has had a thriving and broad ranging criminal practice through which she has amassed extensive trial and court experience and has developed a sound sense of strategy, pragmatism and tactics. Parveen has also practised in family law and is further developing her family practice. She also has experience of appearing at inquests.

Prior to joining Chambers, she completed an internship at the Office of the State Public Defender in California, working on appeals for those on death row. In England, she represented many clients through the Free Representation Unit. 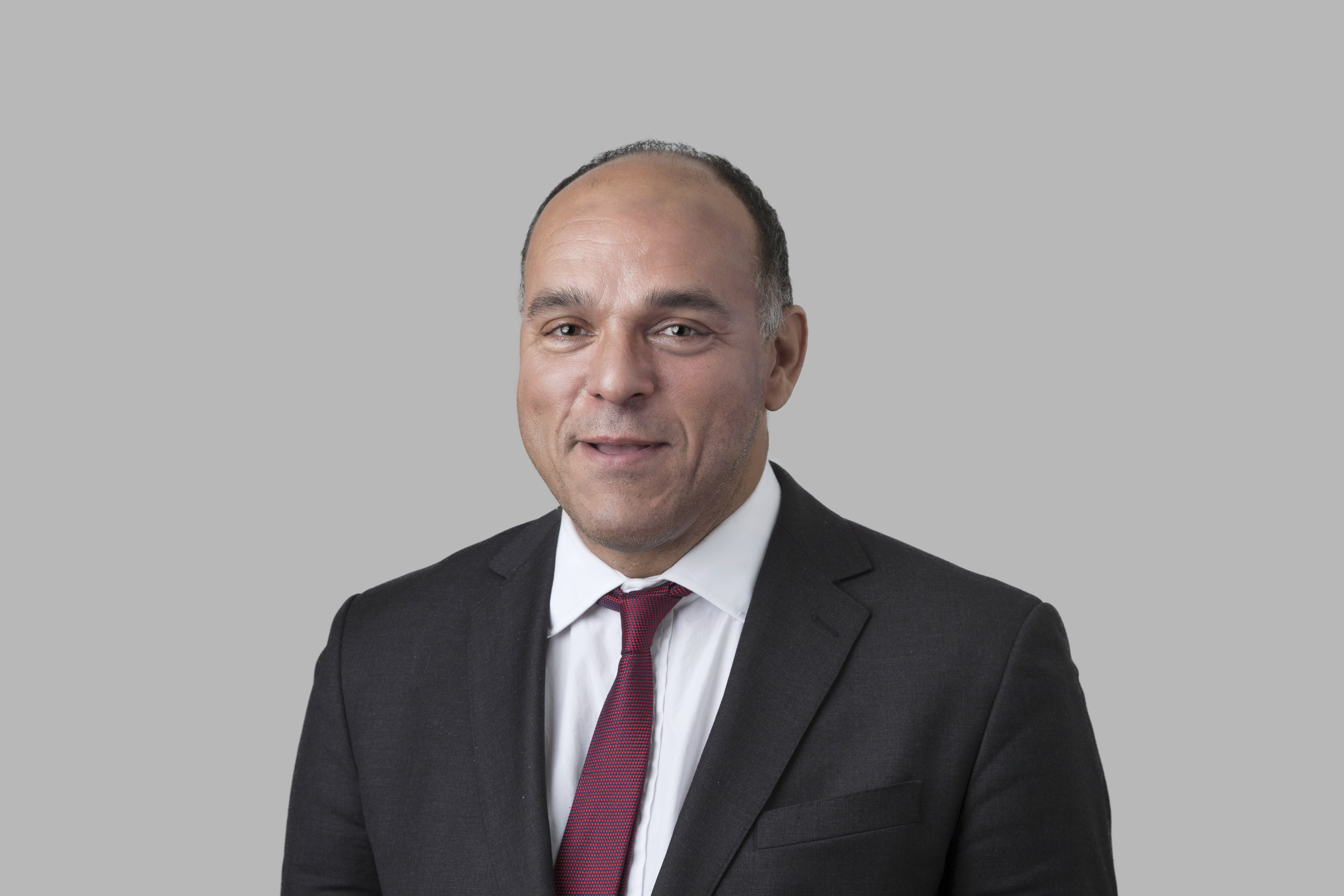